The Tutti Pole Restaurant in Hungerford has been owned and managed by Barbara and Norman Barr since 1981, with their daughter Fiona and son-in-law Stephen joining them in 2001.  The philosophy from the beginning has been to provide an atmosphere of caring, in the friendly service and in the quality of the food served to you.  Employees are valued and considered an important part of the Tutti-Pole family, Stephen our chef has been with us since early days.  We always strive to improve but realise we do not always get everything right, please feel you can make any useful constructive criticism.  We extend to you a warm welcome and look forward to your next return visit.

History and Interesting Facts about the Tutti Pole and Hocktide

Hocktide dates back to pre-reformation, when it was the time for sports and festivities and collecting of Parish rents.  Today, Hungerford still celebrates Hocktide.  Commoners enjoy certain rights given to them by John O' Gaunt.  Tutti Day is the second Tuesday after Easter.  A jury to preside over the Hocktide court is selected by commoners, names being drawn from a hat.  Office holders are responsible for the ancient Borough.  Serving office holders meet at the Watercress and Macaroni Suppers to choose officers for the following year, these names being taken to the Court.  Ale Tasting is held on the Monday preceding Tutti Day, commoners are invited by the Ale Tasters to sample the local Ales.

8 am. Tutti Day, the Bellman, who is the Town Crier appears on the balcony of the Town Hall blowing an ancient bugle horn to summons the commoners to court.  Just before 9 am. the Constable appears with two Tithing men (Tutti-men) and an Orangeman.  The Tutti-men visit all the commoners establishments during the day.  Each Tutti-man carries a Tutti-Pole.  This is a long pole with an arrangement of Spring flowers, blue ribbons topped with an Orange (a replica is in the window).  The word Tutti comes from the word "nosegay".  For many years these poles were made in the house where the Tutti-Pole Teashoppe is, they are now dressed by Fiona who is very proud to have taken over from the family that has made them for 128 years.

The Tutti-men collect a penny from each householder and in return for a kiss from the lady of the house, they give her an orange supplied by the Orangeman.  Children follow these three men scrambling for money and oranges.  The day is also enhanced by Tutti Wenches parading the town giving away balloons and sweets.

Meanwhile the Hocktide court has commenced at 9 am.  The roll of commoners is called.  New officers are officially elected.  The years accounts are presented and business voted on.  Officers of the Borough include The Constable, Portrieve, Bailiffs, Overseers of the Common, Ale Tasters, Tithingmen, Blacksmith and Bellman.  Summons are sent to all new officers to attend a Court Leet on the following Friday where they will be sworn in.  A luncheon is presided over by the Constable who gives a report on the years activities.  Any new guests to the luncheon are called "colts" and are shod by the Blacksmith.  The Tutti-men  arrive at the Three Swans around 9 pm their duties accomplished.  The Constable invites all commoners and organisations of the Town to attend a Church Service the following Sunday.

We are very proud that Barbara was the very first female Tithingman in 2001 and also the very first female Constable to serve the Town & Manor of Hungerford and Liberty of Sanden Fee, taking up the office on Friday 20th April 2007 & served for three years. Fiona followed in both her parents & her Great Grandfathers footsteps 100 years on and was Tithingman in 2013, being the first Tutti Wench to be a Tithingman.

More Information on The Town & Manor of Hungerford is available on www.hungerfordvirtualmuseum.co.uk  and 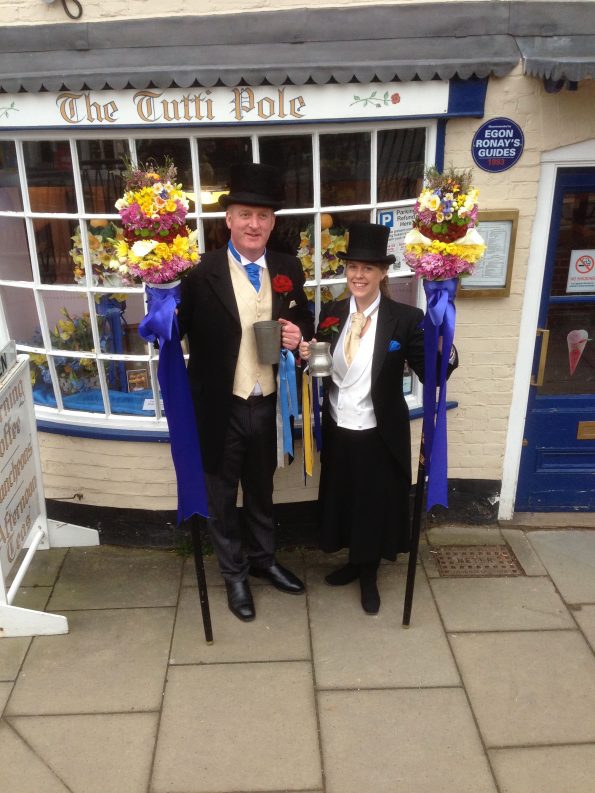 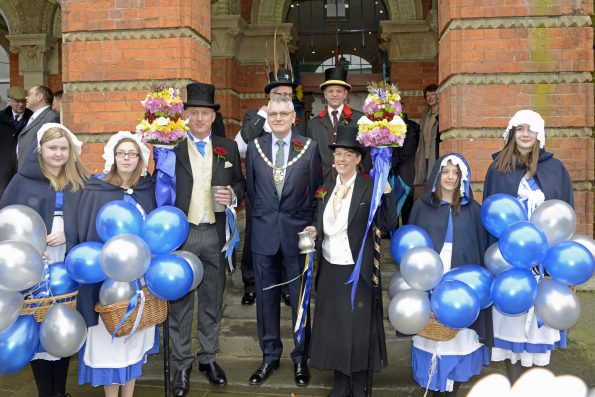 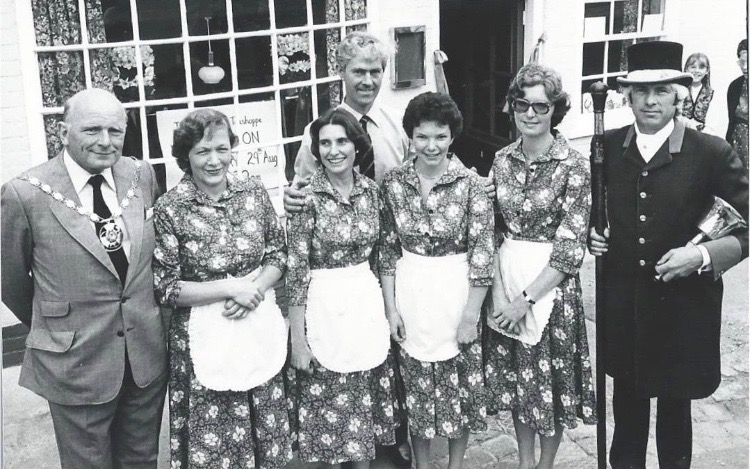